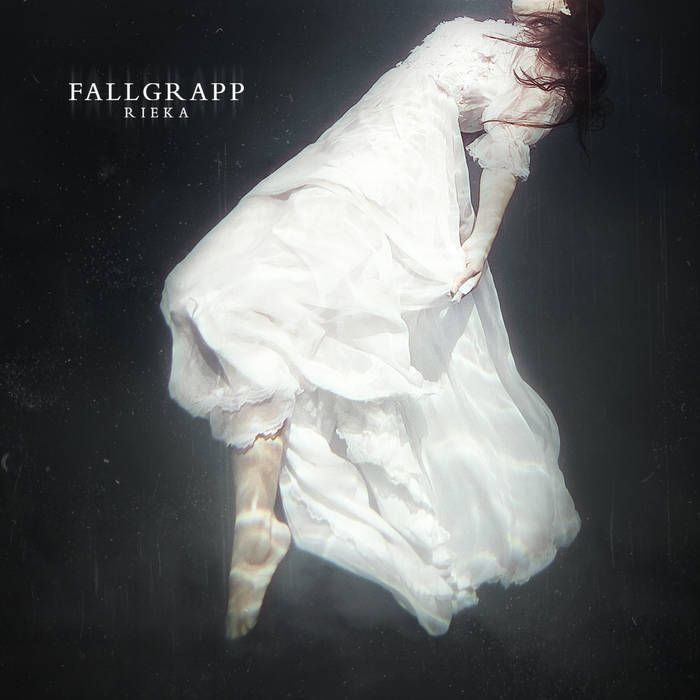 deniedmonument If anyone could link English translations I would be super interested in understanding the meaning behind the emotion. However, I feel as if leaving them unknown makes them so much sexier and appealing to the ear. I don't know who these women are but they speak to my soul. Favorite track: Rieka.

Nothing Important It was love on the first hearing :-). Favorite track: Rub a líc.
more...

Fallgrapp is one of the most original projects that recently appeared on Slovak and Czech music scene. The man behind the project, Slovak producer Juraj “Jureš” Líška has chosen interesting approach to create the album. Mixing different fusion elements in his music and using Slovak lyrics for the vocals resulted in an album where world music meets the contemporary sound of electronica.

"Slovak producer/project Fallgrapp is gearing up to release a brand new full length project on the GERGAZ label; the imprint who just released an astonishing compilation a few weeks back. The record is said to resemble a crossover between World Music, beats, and electronica, a wonderful blending of equally dynamic, yet often polar, spectrums. The quality on the record is extraordinary to say the least, and has already received very positive feedback from the global community. Recently added to Bandcamp‘s “New and Notable Records” section and in steady rotation on Slovak radio, Radio_FM, Fallgrapp is already making some big waves with this release."
- soundcolourvibration.com

"The much-awaited debut album, “Rieka”, of Slovak electronica project Fallgrapp, a project led by producer Juraj Liška, is finally out. Due to widespread local media coverage which has left us seemingly neglectful, we decided to approach this piece of art from a more critical perspective, trying to examine whether the enormous buzz which has sprung out in the last week or so was actually appropriate.
Verdict: the intro, Nádych, immediately evokes some early childhood Christmas memories, in fact the entire record brings about some intensive polar, winter haze. Yet what stands out of this distant icy atmosphere is undoubtedly some terrific music elaboration which will not leave you cold-blooded. This is no quirky bedroom art, mind you, Fallgrapp seems to shout out from behind the electrifying glow, adding more music tension with track by track. What’s even more daring is the language he chose to shout in, since mother tongues are usually disregarded for its “too mainstream” connotations, or simply because “English is more international”. Now we have the honour to meet someone who doesn’t give a shit, and makes lyrics sung in Slovak sounding discreet yet quintessentially beautiful, and surprisingly fitting.
While the record features two previously released tracks (I.N.A and Ľadový útes), there are hidden gems with even more richness and potential to appeal. Personal favourites: Origami, and Rub a líc. Available in physical copies as well as digital download, the LP is released under GERGAZ label, once again pushing further the fluffy, vague borders of Slovak electronic psyche."
- www.sgrgldr.com

"This release is from Fallgrapp, or Juraj “Jureš” Líška from Slovakia. The album is not your ordinary electronic release where sampled vocals and instruments make up the majority of the sounds and textures. Sure there are those instrumentals, but most of the album features violin, vocals and even some hip hop elements. The tunes all have the wonderful production from Fallgrapp and explores so many textures and sounds as well as atmospheres that coupled with the vocals could either be dark or happy all the time just so pleasing to those who love production, or vocals…or both! You get so much with this release that when you add it to your collection you have something that will fit many different moods or settings.
- waxholerecords.com

"This is a stunning album. I haven't a clue what these slovak vocals mean, but it just adds to the mystery. The electronics are punctilious in nature, deep as the darkest ocean, the beats are built on organic rhythms, the sounds melt together like a ring on a finger, the strings are serene & balance out big bass sine waves, the EPs tether the chords with the harmonies, & the almost phasing switches between 'poignant' & 'blues' grooves fit perfectly; yet contrast so vividly. Nora Ibsenová's voice reminds me of Sian Evans of Kosheen, but puts the icing on the cake of what I can only describe as "inimitable" production. Many people worked hard to get this album perfected it seems. Far too often an album ends up sounding 'produced' & the original ideas are lost. But apart from a bit too much compression in places this hasn't happened.

The electronics bob n' weave around the playful vocals, Michal Pagáč's strings section takes a back seat - & that modesty entices you in to them all the more! Once again, much music today is "copy & paste" reliant, has fuck all detail as a result of "midi-kid" élan, & is deliberately melodically conscientious. But Rieka transcends trends, formulas, & genres as art should, & arrogates multiple listens to take in the shier level of virtuosity on display here!

This has sophisticated mixing of a plethora of both mellifluous & sonorous sounds to such an astonishing degree, that it works in opposite & you're thinking "Oh no.. another track where the vocals get in the way of the actual music"! Of course, this seldom happens thanks to the vocalist[s] understanding the vision; capitulating self perpetuation for the good of the art. And her vocal qualities ensure you fall in love with all the delicate nuances from the very first breath!
If this isn't a triumph of great talent, creativity, & skill, I wonder if perhaps the world has closed its ears to quintessential music. Because there is nothing else that could have made this an even more reverential statement to one's love of sound, & the art form it inhabits.﻿"
- KINDLE (a fan)