by The Global Optimistic 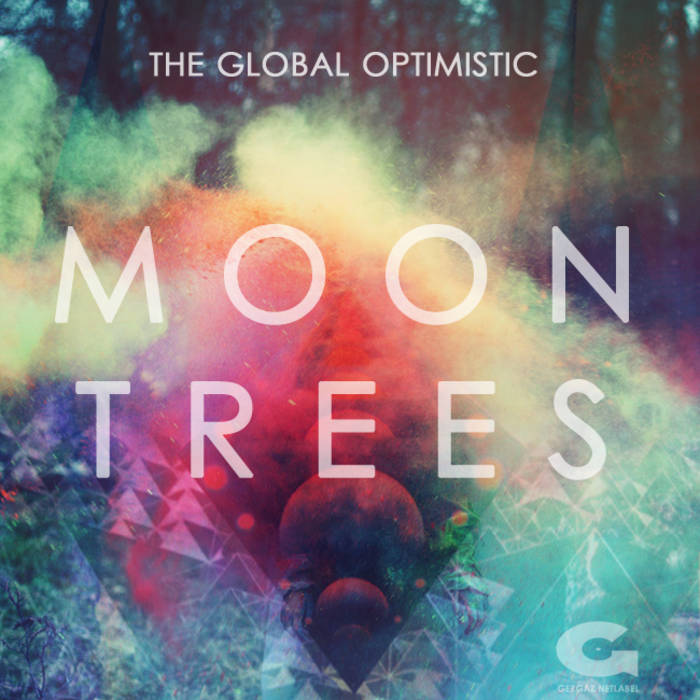 Two piece production team The Global Optimistic is releasing their long awaited debut LP Moon Trees on Gergaz, their home label.
The album is a collection of tracks written over past 3 years in various places in collaboration with Dada (Nové Mapy), LA based Moon Reflecting, Tante Elze and Dirty Cowboy (Mona Lisa Overdrive).
Behind the Global Optimistic project are Slovak producers GLGN (galgan) and Jimmy Pé.

While listening to net-released Moon Trees, The Global Optimistic’s debut LP, the first thing I thought of was a much more aggressive, assertive version of Boards of Canada. Although it is incredibly chill, the assortment of glitches within the beats make it a much more direct sort of sound. There is much relevance towards hip-hop and IDM within its sound. There are also heavier, condensed fat synth lines reminiscent of a warped version of dubstep gone atmospheric. It’s a very solid effort in itself, a release that has recordings that have spanned over a three-year period.

The soundscapes are well arranged, the notes clean, the reverb incredibly detailed. It’s a sound of hazed over forest strolls. Dew hanging off of limp branches, soft streams rolling over smooth, flattened ebony rocks. The mixture between samples and beats are highly evolved, at times minimal, but often times intrusive. It gives a very nice array of sounds and colors to the listener, a lot for the pallet.

It can be a meditative listen. The melodies are incredibly well orchestrated. The bass and the subs deep enough to shake the back lobe of your brain. Everything is so clean on the release, everything sounds fresh, well produced. Some tracks provide vocals over the same sort of set up. Take “Last Call” which features Dirty Cowboy’s haunting array of vocals over bubbly, creepy arrangements.

Bells and pianos buzz and spring all over themselves. A menacing organ is calling for the listener to fall into the Moon Trees, and it is your Last Call. It is incredibly invigorating listen, almost uplifting even with all of its dense, solemn moments.